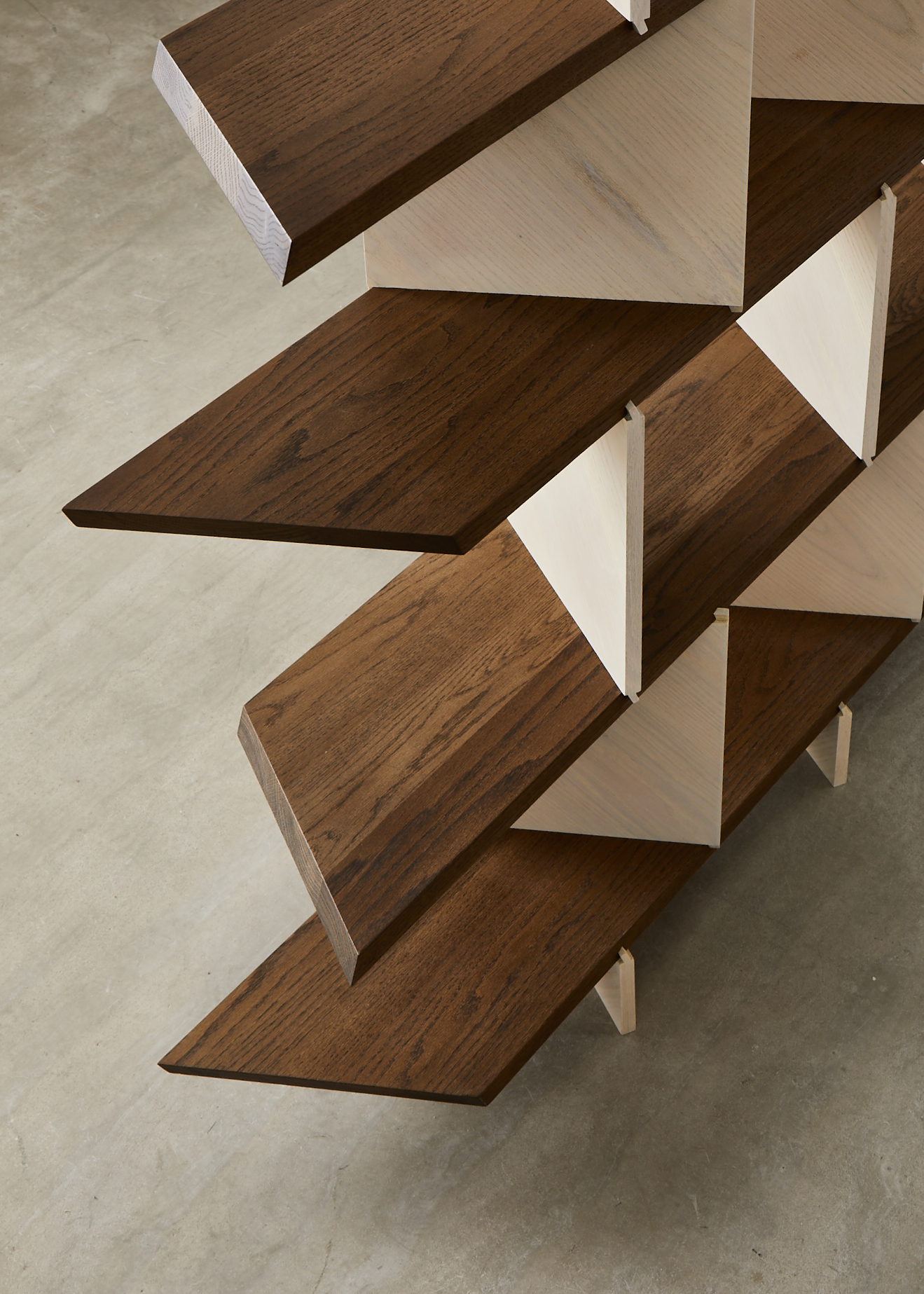 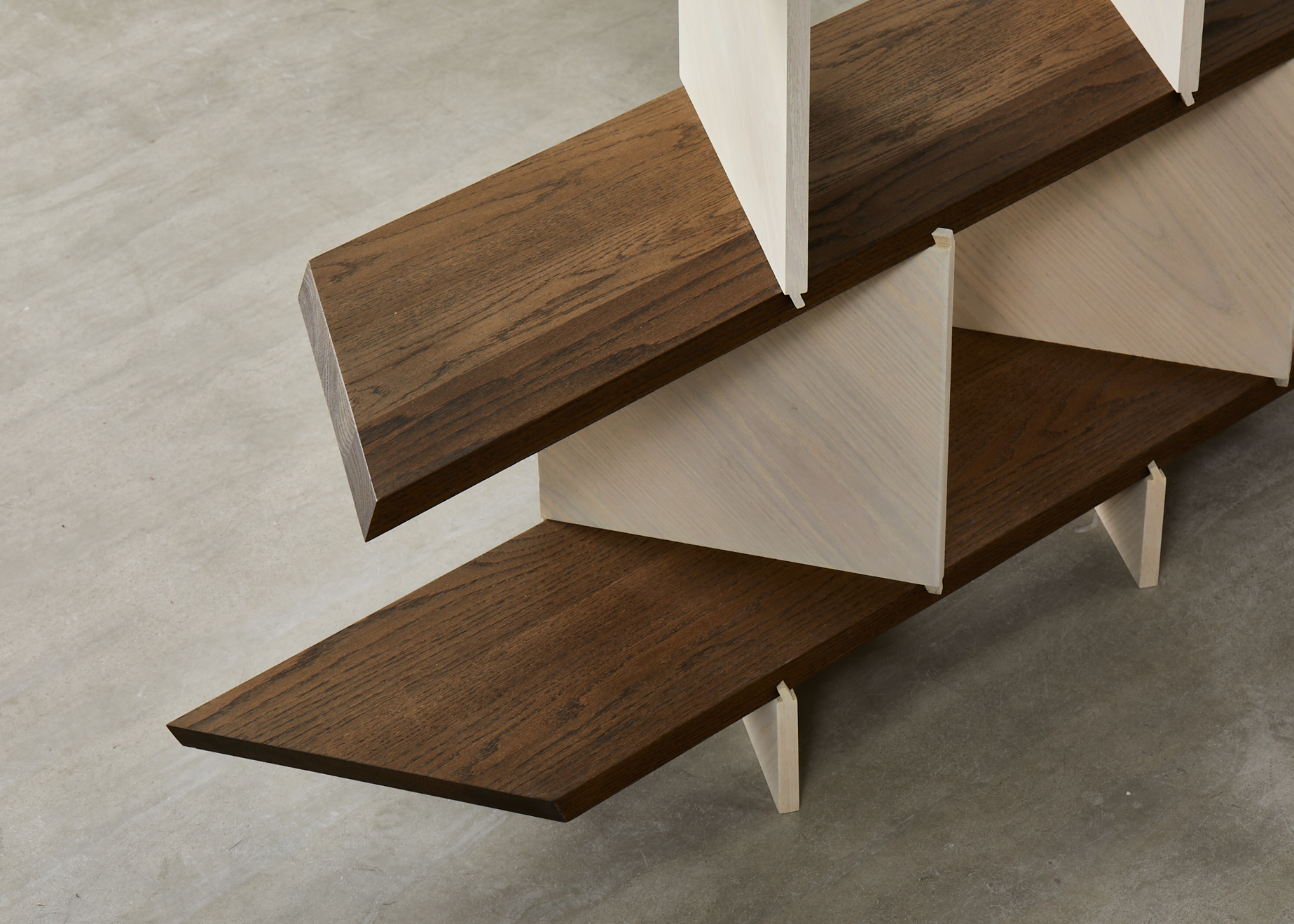 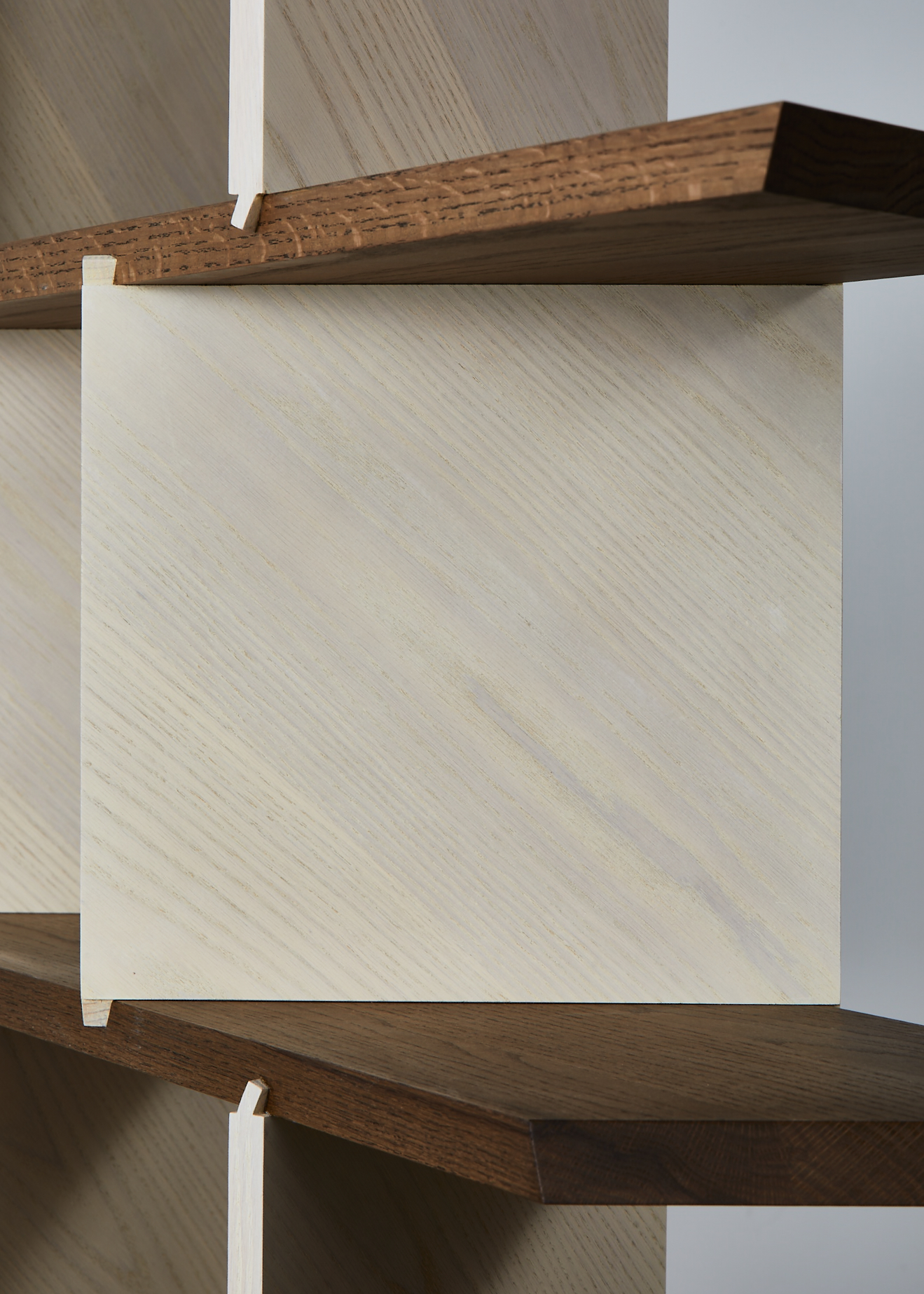 Sir John Sorrell, Chairman of London Design Festival, invited leaders of London’s cultural institutions to collaborate with some of the world’s most prolific designers to create a ‘Legacy’ piece of design – an object of personal or professional relevance to them.
Each of the pieces – 10 in total – were beautifully crafted in American red oak, an exciting and sustainable hardwood species that grows abundantly in American forests, and were fabricated at Benchmark Furniture in Berkshire. Nine of the pieces, including Gampers, were presented as a group exhibition at the V&A, before they were relocated to the homes or institutions of each of the commissioners.

Gamper created a modular free-standing shelf for storing Tamara Rojo's (Artistic Director of the English National Ballet),record collection.
By turning the shelves at an oblique angle the covers are clearly visible making it easier to find which ever record Tamara may be looking for.
The darker horizontal elements are made of fumed red oak while the vertical ones are covered in a lighter diagonal veneer to create a contrast and emphasise the oblique design.