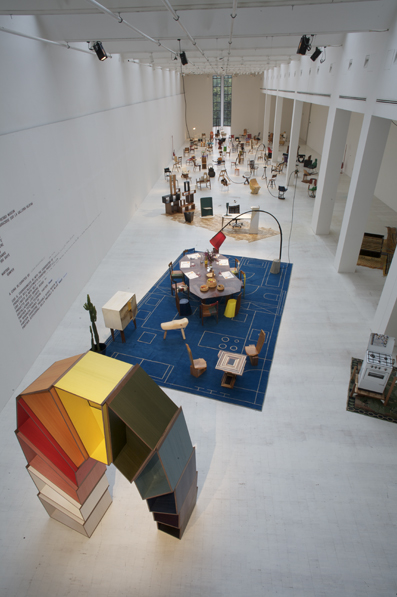 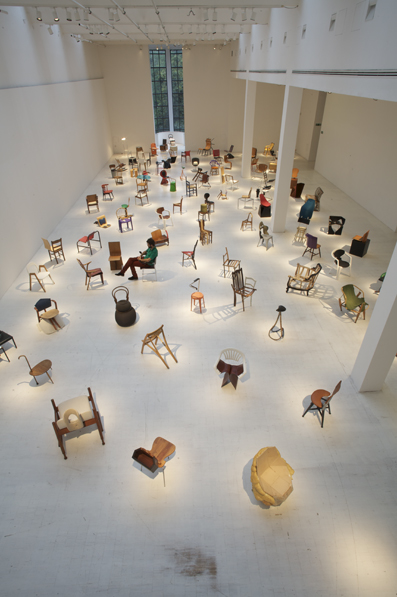 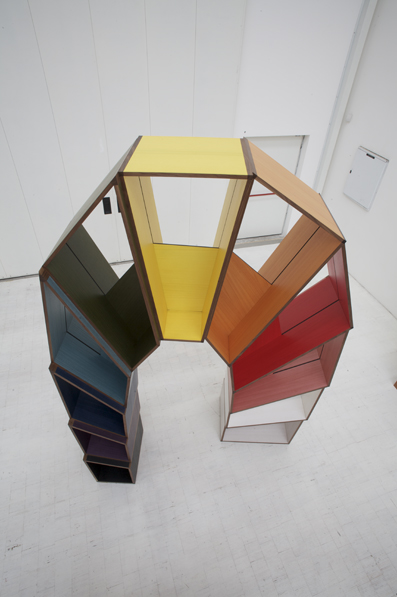 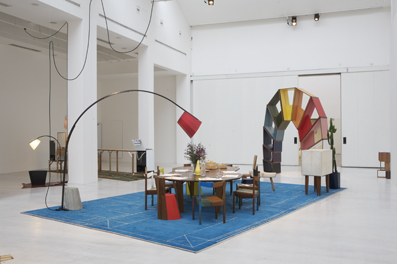 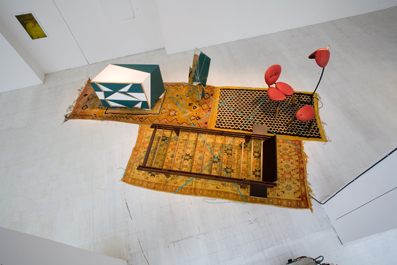 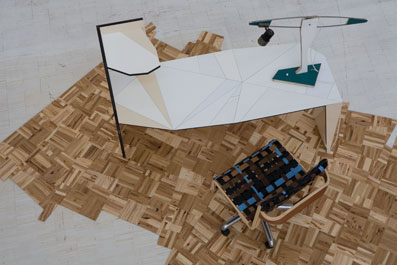 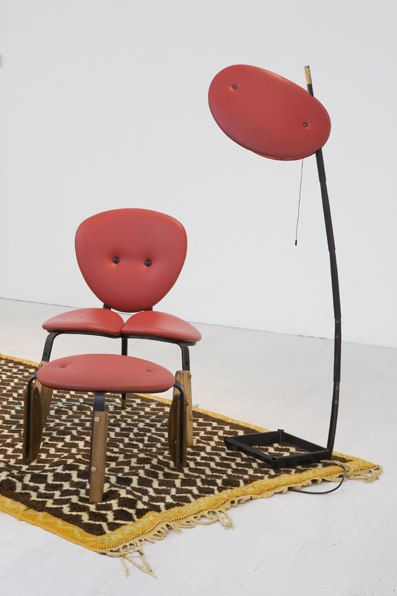 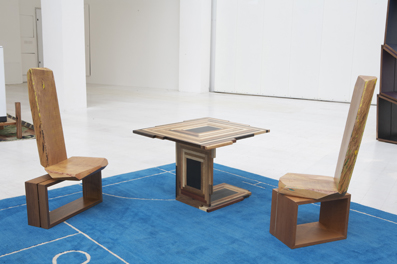 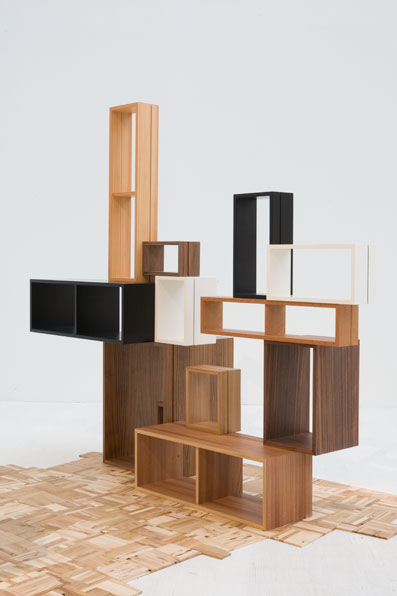 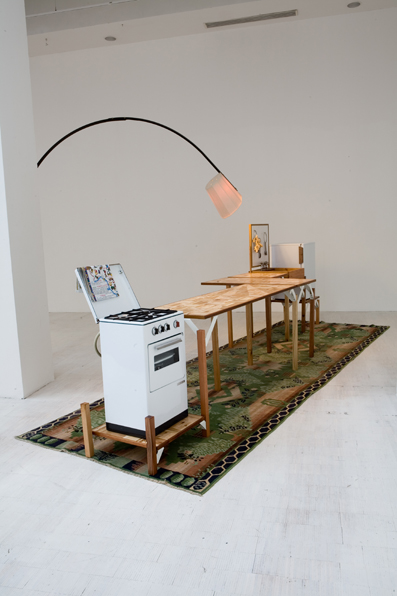 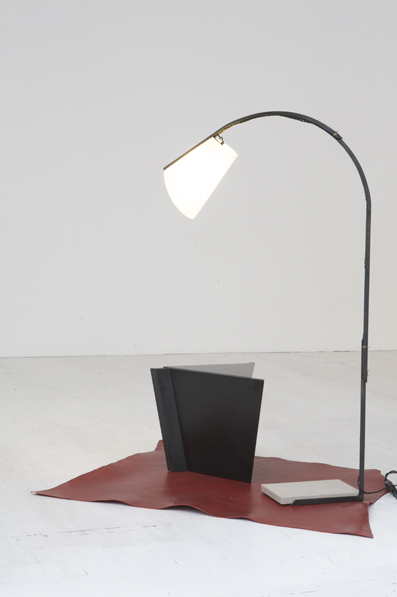 This project, as Gamper himself observes, grew out of the ideas generated by a viewing of Lars von Trier’s movie Dogville, where a whole town is represented only by the white outlines of the houses.

Gamper likewise started from the outlines. He drew the floor, studied the positions of the rooms and then tried to imagine a house made up of new elements combined with others he had already made for earlier projects, a logic of design based on rethinking and repositioning, so offering the various objects reused a sort of “new destiny.”

The principal room, the most convivial one, is the living room. Gamper represented it with a House Plan carpet handmade in Nepal.
The plan of an apartment of 30 m2 is designed on this carpet, as if to suggest a leap in scale and social context: a carpet that represents a living room is at the same time a house, its layout based on a typical Milanese apartment of the seventies.

On the carpet in the living room, Gamper positioned the Off Cuts table, made for his Total Trattoria project. Then he created a revisitation of the large Arcco floor lamp by the Castiglioni brothers, replacing the original marble base with a stool for formwork filled with concrete. As a lampshade he used the same plastic stool, which can be moved to regulate the light. In this way the light starts from a stool and ends up in a stool, transferring a known element to the domestic scale as the architectural matrix.

The bedroom rests on a light-coloured fitted carpet. Inside it are a box belonging from the Gio Ponti Translated by Martino Gamper project, some chairs, a lamp from Gamper’s work on Mollino and a bed made specially for the project out of elements of Franco Albino’s LB7 bookcase from 1956.

The kitchen has a wooden floor, industrial parquet, cut out and recomposed as a sort of mosaic measuring 7 x 2 m. On it stands a table made for the Total Trattoria project, but with the top in wood mosaic resting on trestles whose hooks are varnished with glass paste, a traditional technique.

The office, finally, rests on Moroccan nomad carpets, united by a graphic pattern. Inside it there is an Off Cuts table with various types of white formica, a Together bookcase, a chair on casters, and a cabinet made of parchment.

In its overall layout, Stanze e Camere appears an example of action design, in which the performative element (the gesture of recreating, repositioning, combining and recontextualizing) predominates over the more abstract design component, and the project appears more a developing process than an immutable and definitive result. Text by Silvana Annicchiarico.

In Collaboration with Nilufar Gallery
Curated by Silvana Annicchiarico