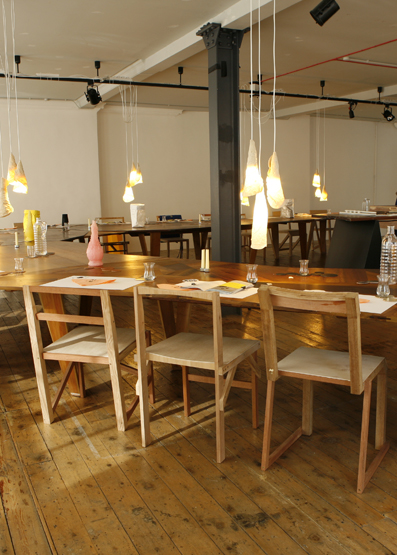 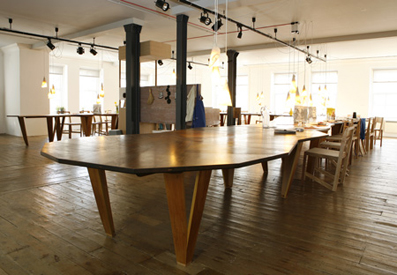 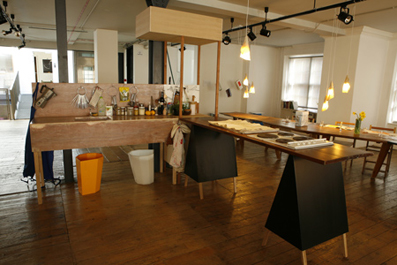 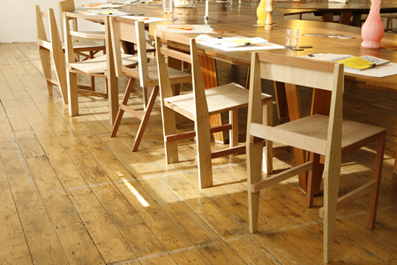 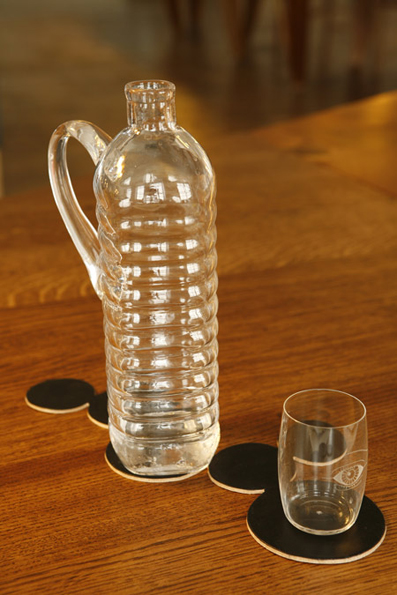 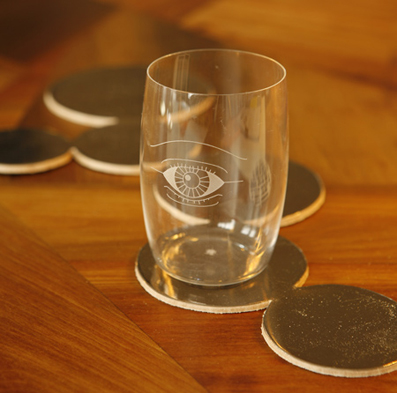 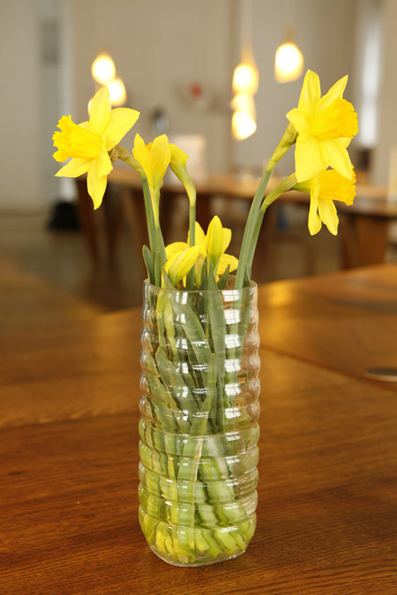 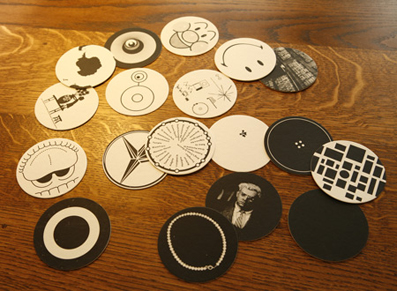 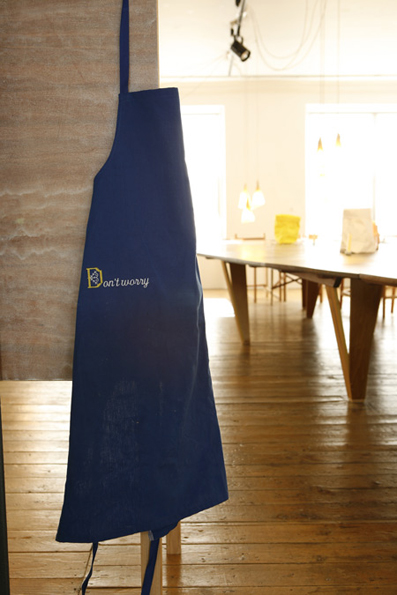 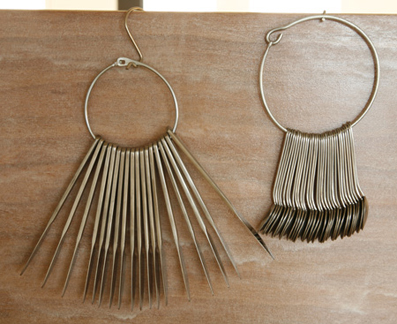 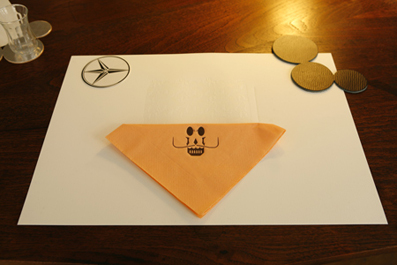 Developing further his idea, Total Trattoria, which opened on 7 March 2008, completes the concept and puts it on show to the public for the first time.

Gamper has designed every single element of the dining event ranging from the kitchen and its storage areas to the cutlery and the tables and chairs to the glassware. A series of thirteen individual tables that connect to form one large dining table snakes around the gallery to seat 25 guests. The 25 chairs around the table are all different but are constructed from the same set of component parts, designed by Gamper.

The pieces include the results of many collaborations between Gamper and a wide variety of makers including engraved glasses placed on clusters of leather coasters, blown-glass water jugs and limited edition placemats designed by Gamper’s collaborators in the Trattoria events, Maki Suzuki, Alex Rich and Kajsa Stahl.

The exhibition graphics and communication, also designed by Suzuki, Rich and Stahl, includes a specially designed catalogue. Taken from the press release.